Adventure M-1: Against the Vortex Temple

The Gates of Blessed Home 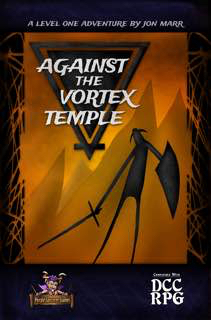 It had taken three days to find a riverman willing to ferry you across the River Trueslay to Blessed Home. The stunted little captain and his two sullen rowers had remained silent as you gazed up at the slowly approaching city that climbed the mountain on the far side of the sluggish river. Soon after arrival, they had hurriedly pushed away from the sturdy wooden dock just moments after you stepped off. From the safety of the river, the bent man had looked back to finally mutter his first and only words: "I will remember."

Soon you are alone. The impressive man-made harbor around you could easily shelter 20 craft, but is almost empty: a single black-sailed cog bobbing languidly in the furthest slip. No men walk the docks, and iron hooks dangle aimlessly from timber cranes. The air here is unexpectedly close and fetid, rich with some undefinable rot.

Beyond the pier a wide cobblestone road runs the length of the docks, rising directly ahead to a sturdy wall and massive gatehouse of cut stone. The gate's huge oaken doors rest open and you see no guards about. Above and beyond the wall a towering rock outcropping rises a hundred and fifty feet or more, it's upper reaches topped by another wall and towers, looming out over the gate like the prow of an enormous barge.

As you look up you notice a dark shape detach itself from the distant towers above. As it falls and accelerates you discern it is a body. A woman, head down, silent save for the rising flutter of her dress behind her, her arms outstretched before her as if diving into a deep pool. With incredible speed she approaches, and in the last moment you notice she is grimly smiling. You stagger as the edge of the dock shatters with a tremendous roar, parts of her body and the oaken slats exploding upward in a shower of splinters, limbs, and blood-red river water.

In a moment, silence returns to the docks. No one ventures out from the gate. No alarms sound.

Excepting the shattered section of the pier before you, it appears your approach to the cursed city of Blessed Home is completely clear. 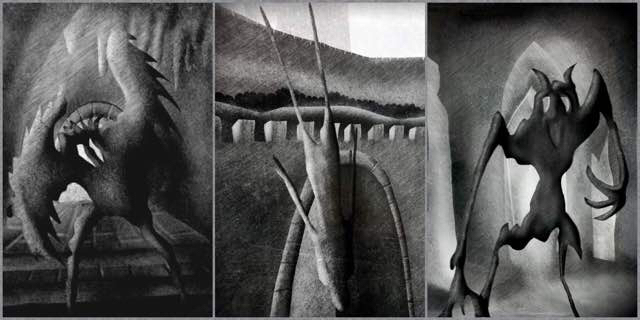 An adventure for 6-8 1st level characters

Release Guestimate: This adventure has been redesigned and re-written numorous times, as I really want it to be something special. The art is done: I hope it will be the next title in our release schedule.